Origin of the Romanov breed 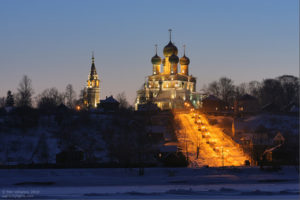 The name derives Romanov sheep by name of town in Russia where the breed was first described. This city was previously named Romanov–Borisoglebsk. The name that you maintain a city until 1918 when it was renamed the Tutajev. New name of the city acquired under name of soldier Red Army I.P.Tutajev who froze to death there during the revolution.The city is located in the Yaroslavl area 300 km northeast of Moscow and just out of curiosity is located 2166 km from Prague. The Volga River divides the city into two halves. The older part, lying on its left bank was named Romanov. This part was built at the end of the 13th century (at least in 1283) by Tsarevich Roman Vassilyevich as a small fort. The first literary mention of the breed was in  the 1802 year. Romanov sheep is one of most important short tail breeds of sheep who were spread on the whole north Europe.